Win a Free Spot at our Baja Surf Camp for Women!

We are giving away a free spot at our May 26-June 1, 2013 Surfari! Baja Surf Camp for Women!  To win, all you have to do is click on the photo below, “like” our page, then hit “Click to Win!” Just like that you’re entered in the contest!

• Six nights in lovely Los Colibris Casitas with the most stunning views in Todos Santos
• Daily expert surf and yoga instruction
• Two post-surf massages with our marvelous Mexican masseuses
• Baja adventures including swimming with sea lions, horseback riding on the beach, and cooking class with local Mexican chef
• All breakfasts, all lunches, and all dinners in great local restaurants; nutritious daily snacks
• Expert guides with extensive local knowledge, who go above and beyond to cater to your every need
• Complimentary Todos Santos Eco Adventures / Baja Surf Camp for Women rash guard and water bottle 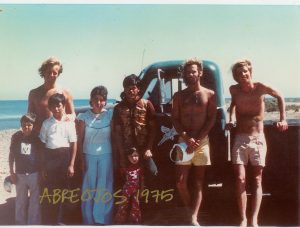